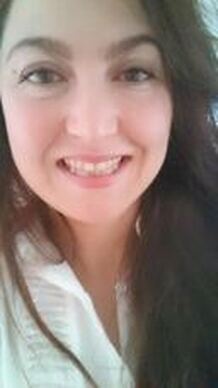 Anna Pirrello was born in the North of Italy, in the lovely and maternal port city of Genoa, in front of the beautiful Tyrrhenian Sea.

Since her first zears of life, during one of the several relocations of her parents in late 70’, (her Father is now a retired Colonel of Arma dei Carabinieri), Anna Pirrello’s artistic inclination and desire to shape the matter and create through became already visible and strong; from her childhood to adolescence when she would shape mermaids and seahorses in the sand or in the bunk bed of their summer caravan like an amusing Michelangelo drawing on the ceiling while laying on her back with her tirelessly tense arms and hands drawing or rather carving the under surface of her sister’s upper bed instead of sleeping.

In Italy the artistic tradition is strong and diffusely spread; even if she had to move with her family every three years from region to region, she anyway had the chance to express her innate artistic propention while attending different schools, during the dedicated art hours and where her talent would be noticed and sincerely appreciated, by teachers, fellows and attendants (at 11 she drew on her school desk and instead of being punished she was begged by the janitor to personally erase the drawing because she did not have the courage to do that herself as it was judged to be a little artwork in itself!
She eventually stopped drawing on desks but she still jealously keeps this lovely memory deep in her heart…)

Time went by and her favourite subject at school remained Art; she learned in the meantime so many techniques and so much about the well-known masters; Canova, Rodin, Kandinskij, Boccioni are just a few she deeply admired to the point that she discussed about them during one of her Art Exam at IULM, in Milan when she was in her late 20’.
Being raptured by Semiology and Semiotics, Symbols, Ancient Codes, Alphabets and their representation, expression and communication, she then graduated in Languages, Foreign Cultures and Literatures from the same University and she then started to work as a Certified Interpreter dreaming to establish a new life abroad. But, as it happens for some people, she had to relegate her artistic inclination for better times.

She then married and due to a career move of her husband quite unexpectedly relocated in the north of Germany, within the beautiful and lovely landscape of Lippe, in Nordrhein-Westfalen. Unfortunately, the relocation exacerbated her sickness that in the meantime got worse throughout the years to the point that she was then forced in bed and even unable to walk by herself.
She nevertheless never gave up and her passion for Art, which just like an inner voice, came out again overwhelmingly and she then started to draw and sculpt again like a river flowing deep, needing to express also a new vision of life she acquired during those years of chronic illness.

Before the pandemic she attended several Art Events and Fairs gaining the interest of Critics, Gallerists but most of all, common people and spectators of her passion. Her work and artistic research are now addressed to the expression of “Energy” intended as that invisible inner force which sustains, heals and guides us all through this incredible experience which is life. Something we can really feel and express with our heart and senses but that we can’t really see with our eyes…
Being she able to translate into reality "the Invisible" her artworks directly communicate through the elasticity of the poses, the force of the expressions, the beauty of the colours and the rare elegance of the trait which makes her recognisable among many as an "Interpreter of the Soul".